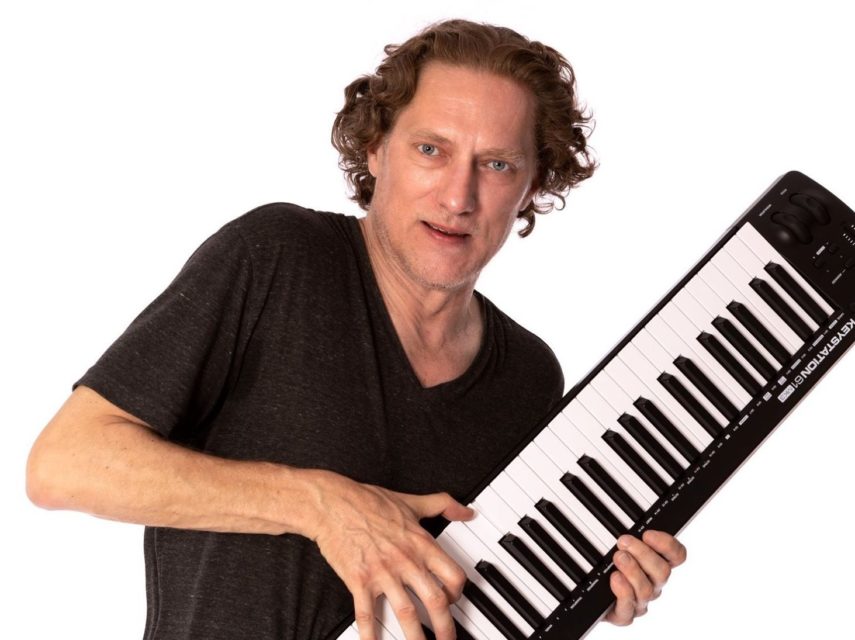 VIBES FROM THE NETHERLANDS – ROLAND STOLK on OB-E

We’ve had some amazing feedback as a result of OB-E and it’s been very gratifying seeing videos from various users. But when we saw Roland Stolk’s two part videos, we’re not ashamed to say we got quite emotional. Aside from Roland’s tasteful chops and progressions, as fans of the sadly departed Lyle Mays, hearing Roland playing using Lyle’s signature 8-Voice lead, almost felt like Lyle’s spirit was still with us. So we had to get in touch…

It came as no surprise that Roland had become captivated by the Oberheim sounds a few decades ago listening to different records. “In particular, Lyle Mays (who else?) because he used such beautiful and tasteful sounds which fitted his music perfectly.”

“But trying to get your hands on a real Oberheim back then was impossible. I worked in a lot of studios and knew a lot of musicians in Holland but sadly never came across a real 8-Voice. From the moment virtual instruments arrived on the scene and emulations of classics started to appear, I have been waiting for the 8-Voice to come back alive as a virtual instrument. AND HERE IT IS!”

“Let me be clear, the fact that I love the OB-E so much is not down to sentiment. The sounds are full, transparent, versatile and above all, very musical. It can cover a broad range of music styles and also feels ready for decades to come! You name it and the OB-E has it. I could wake up with the OB-E and go to sleep with it, really. Pity a day has just 24 hours…haha.”

“Creating the videos happened naturally; OB-E gave me so much inspiration and is so much fun to play that I started recording and filming. Before I knew it I had almost an hour of material. I shrank it down to 2 videos of 15 minutes. But I still didn’t cover all the sounds and possibilities. For the videos I selected and used my favourite sounds, but all the patches are good and usable. I honestly didn’t run into one single patch that sounded dull or without character. Everything is made with love and care and that’s why OB-E sticks out for me!”

What’s next for Roland?

Making a (music) video with the GForce impOSCar2! We cannot wait to hear it!

Roland was born in Schiedam, Holland in 1965. He graduated with distinction from the Conservatory in Rotterdam, Holland in 1987 and went on to pursue his studies at the Berklee College on Music in Boston, Massachusetts, where he received lessons from Ed Saindon and Gary Burton.

Although he studied vibraphone and drums, piano has been always been the instrument closest to his heart. After touring as a professional musician for many years, and later recording acoustic artists in his own studio, Roland is getting back to composing with the piano. His love for nature and his experience of a life filled with all the ups and downs we all know, helps realise a music that’s authentic, honest, clear and strong… and at the same time fragile and beautiful.