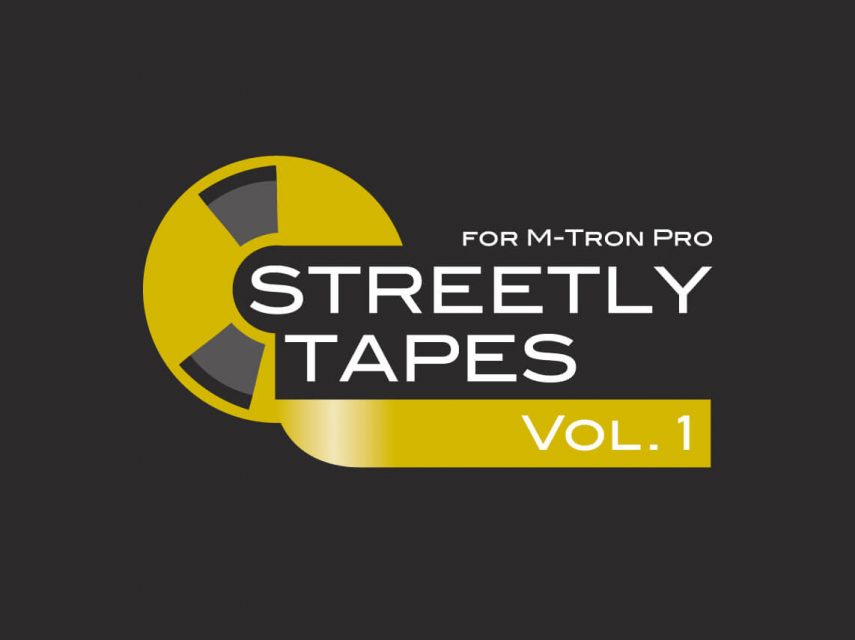 It sounds like a tongue-twister but there’s no doubt that in the right hands, magical musical instruments can create magical musical moments. For example, back in the late 60s when Paul McCartney detuned those Mellotron® MKII Flute tapes for the opening of Strawberry Fields Forever, magic was created and has resonated ever since.

However, it’s rare to find this kind of magic emanating from an instrument without it even being played. But in the case of The Streetly Tapes – Vol 1 Expansion Pack for M-Tron Pro we knew that we had a magical combination immediately after a discussion took place between ourselves and Streetly Electronics, the original UK ‘Tron manufacturers, which focused around them providing their original tapes for use in the M-Tron Pro.

We knew that we had a magical combination immediately after a discussion took place between ourselves and Streetly Electronics, the original UK ‘Tron manufacturers.

To say we were excited was an understatement and we listened intently as Streetly’s John Bradley and Martin Smith listed their requirements for such a thing to happen.

Initially, we were told that we needed to forget the idea of Master Tapes being the holy grail because according to the original creators the sound of a Melly is the combination of several factors.

Finally, it’s both of these things played across a properly aligned tapehead and recorded via an instrument’s preamp.

And so with these ground rules in mind, under the skill and guidance of Streetly Electronics’ Martin Smith and John Bradley, we are thrilled to see the release of The Streetly Tapes – Vol 1 Expansion Pack for M-Tron Pro, which celebrates the first time that these tapes have left the Mothertron and gives you what we believe will become the most revered and true set of ‘Tron sounds ever released outside of a Streetly hardware ‘Tron or an M4000.

All the sounds here were curated by Martin Smith from the Streetly archive.

All the sounds here were curated by Martin Smith from the Streetly archives and then recorded via the ‘Skellotron’, a bare bones M400 built to allow detailed adjustment of every component including the azimuth alignment of each tapehead. Once captured and cross referenced against an M4000 the sounds were sent to us at GForce for their conversion into the M-Tron Pro file format.

This selection was taken back to Streetly Electronics where John Bradley conducted A/B tests against their magnificent M4000. Only when Martin and John were satisfied was the set of tapes sent to our Patch Designers.

During this entire process we became even more captivated by the British ‘Tron story than ever before and after being immersed in the first-hand history storey imparted by both Martin and John, we asked if we could film them – firstly talking about why this collection is so special and then about the demise and rebirth of the British ‘Tron. The result is a video that documents the birth, demise and subsequent resurrection of a truly remarkable company and which we think every ‘Tron aficionado will enjoy.

Each GForce product demands blood, sweat and tears but in this case, there were absolutely no tears. Instead, this was one product where every facet of the process and journey was fascinating from start to finish. From the initial dialogue with Martin and John to the subsequent conversations with Patch Designers, such as Tony Durkin and Dean and Jarrod from I Monster, all of whom are true ‘Tron aficionados and who understood and shared our excitement at this magical collection.

The phrase ‘labour of love’ is somewhat overused with it comes to touting musical products but in this instance we think it’s very evident in this first volume of The Streetly Master Tapes. Ignore at your peril.