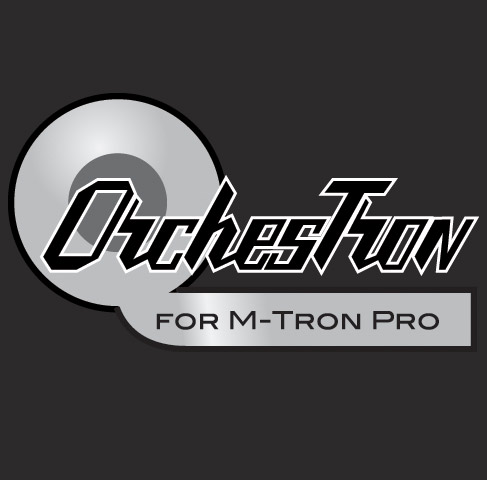 What is the OrchesTron Expansion Pack For M-Tron Pro?

As the name suggests, it’s an add-on pack for M-Tron Pro users with sounds recorded from the ultra rare and ultra desirable Orchestron optical playback instrument.

What is an Orchestron?

The Orchestron is an optical playback instrument manufactured in the 1970s. It generated sounds based on the same technology as the Optigan but instead of having a rhythm and effects section, it simply focussed on providing a single sound spread across the keyboard.

Essentially, celluloid discs containing pre-recorded sounds were inserted into the instrument and the optical head allowed you to playback this sound.

What sounds were available?

There was a library of 8 discs available including: Cello, Vocal Choir, Flute, French Horn, Hammond B3, Pipe Organ, Saxophone & Violin.

What sounds are included in the OrchesTron Expansion Pack for M-Tron Pro?

Where did these additional sounds come from?

These are taken from extra discs made for Orchestron owners and come courtesy of Pea Hicks, owner of www.optigan.com and custodian of all things Optigan and Orchestron.

These sounds have a similar lo-fi quality as the Optigan lead sounds and we obviously advise anyone to listen to the demos so they know exactly what their getting before purchasing.

If you’re after glossy hi-fi sounds, these are NOT for you. But if you want grainy, scratchy, lo-fi sounds, where occasionally it’s more a case of ‘noise to signal ratio’ we think these are rather magnificent.

Are there any tracks I would know of where the Orchestron was used?
Probably. Kraftwerk used the Vocal Choir and Violins on Radio Activity, Man Machine and Trans Europe Express. If you listen to the opening string ascending part for Trans Europe Express, you can hear the Violins clearly. Also the Choir after the first minute of Europe Endless is all Orchestron.

Other artists and bands we’re aware of who used the instrument include Patrick Moraz, Foreigner, Rainbow and Patrick Warren.

What happened to the Orchestron as an instrument?

In short, it died and it’s believed out of the various models that saw light of day only around 30 still exist today.

If I want an Orchestron, how much would I be expected to pay?

Honestly? Too much! The last one we saw go on eBay went for over $6000 and given the lo-fi nature of the sound, coupled with the reliability issues you’d face as an owner, we’re not sure if it’s worth it.

That’s one reason why we decided to do this add-on pack – to once again put rare and coveted sounds in the hands of M-Tron Pro users for a vastly more affordable price than an original instrument.

Aside from the maintenance and reliability issues, back in the day the Mellotron and Chamberlin’s Achilles Heel was always considered to be its maximum 8 second note duration. This limitation was caused by the instrument having a single, unlooped piece of tape under each key – after it was dragged (sometimes kicking and screaming) across the tapehead, the player needed to release the key for the to be rewound, ready for the next key press.

With the benefit of hindsight, we now know that this 8 second limitation was a good thing and forced the player to allow the music to breathe. This, in turn, helped define certain tracks recorded during that era. Everyone who knows us knows that we feel very strongly that a Melly should not be looped but it took many people many years to realise this and, in the interim many instruments, including the Birotron, Optigan and Orchestron were developed at huge expense in an attempt to circumnavigate this limitation.

The irony is that the Birotron, Optigan and Orchestron are consigned to the history books whereas the Streetly Electronics M4000 proves that tapes based technology is alive and very well, 8 second limitations and all.