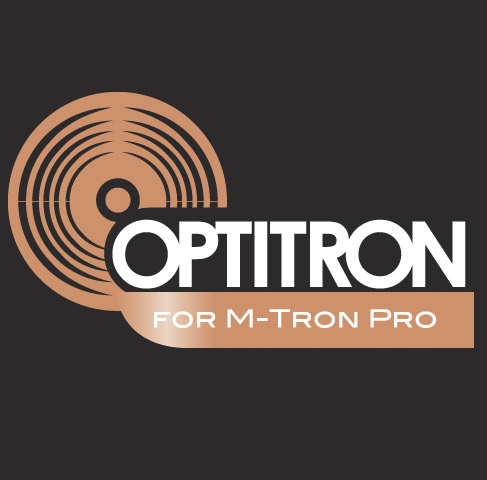 If you’re looking for grungy lo-fi nostalgic grooves that radiate a classic feel and vibe of days gone by, look no further. That said, we’d also like to offer some friendly advice – If you want pristine, clean hi-fi rhythms look elsewhere.

Recorded from our own Optigan, the OptiTron Expansion Pack for M-Tron Pro offers 25 rhythms, a plethora of sound effects and a sprinkling of lead sounds from one of the world’s most highly prized, kitsch, home entertainment instruments, the Optigan.

The Optigan was a Tron-like OPTIcal orGAN manufactured by toy giant Mattel® during the 1970s in an attempt to cash-in on the burgeoning home organ market. For various reasons it failed. But over the years it has become both a bona-fide collectors item for musicians as well as providing a source of inspiration for artists as diverse as Steve Hackett, Beck, Coil, Goldfrapp and Lily Allen. The main reason for this is the instantly nostalgic rhythms triggered via buttons to the left of the keyboard which, when combined with some pretty ordinary lead sounds played from the actual keyboard, emanates wonderful sounds from days gone by.

These lead and rhythm sounds came on a variety of flexible optical discs with styles ranging from the Glenn Miller style Big Band Beat to the wonderfully named Gay 90’s Waltz or Rollin Easy. All you had to do was insert the appropriate LP sized disc, fire up the machine and noodle away to your heart’s content in the style of your choice.

On playback, the character and vibe of the instrument was so wonderful that all the foibles of this somewhat flawed instrument paled into insignificance.

On playback, the character and vibe of the instrument was so wonderful that all the foibles of this somewhat flawed instrument paled into insignificance as we began to use many of the sounds on personal projects to inject instant nostalgia and ghostly atmospheres.

In much the same way as with the all previous GForce instruments, we became excited at the thought of these sounds being made available to a new generation of users and the initial idea of creating an Optigan plug-in instrument surfaced. Development duly commenced. However, for a multitude of reasons this was never finished, not least of which was that during the early development stages we found that these grooves really felt at home when sitting alongside M-Tron sounds. Ultimately, we concluded that instead of an instrument in its own right, we would make these sounds available as an add-on pack for M-Tron Pro.

Consequently, all tempos had to be matched. Naturally, getting all the rhythms to adhere to a set tempo was a painstaking and very lengthy process. Nonetheless, on hearing the results of an early experiment where two different styles were layered and filtered within the M-TronPro we knew this was essential.

Over the course of many months, too many to contemplate, and with the help of a secret development copy of Izotope’s Radius, tempos for every rhythm were carefully tweaked until finally all 4/4 rhythms adhered to 110BPM and all 3/4 rhythms to 80 BPM.

The wonderful reward for this work is that it is now easy to mix and match any of the rhythms using the dual layer capability of M-Tron Pro, and via the tape reverse button, even have one rhythm reversed while an entirely different rhythm plays normally. With over twenty rhythms to chose from, the permutations here are literally endless and the creative potential for unique sounding mash-up grooves is truly inspiring.

We also decided that, unlike the Optigan rhythms that came with the M-Tron Pro library which strictly adhere to the notes and keys on the original instrument, we’ve filled in the gaps so you have a complete selection across all 35 notes. As such playing a D# Maj will trigger a pattern in the key of D# Maj.

Finally, while we did a certain amount of audio cleaning we duly acknowledge that some discs were in better condition than others. So it’s important to remember that a huge part of the appeal is in the very dusty and scratchy sounds that these 30+ year old vintage recordings emanate and we felt it was vital to retain this inherently enchanting and ethereal character and not be over-zealous in the clean-up process.

Accordingly, certain rhythms WILL BE WOBBLY, HISSY and SCRATCHY, and there will be pops and wonky loops across the library. Additionally, in some instances it isn’t a case of signal to noise ratio, more vice-versa. But this is all part of the original disc’s wear and tear and inherent spirit so we make no apologies for this.

What you have here is a goldmine of retro rhythms, sounds and effects – warts and all.

The OptiTron Expansion Pack is only available to registered users of M-Tron Pro. Additionally, it is exclusively available via this website as a direct download via “My Instruments” when the purchase has been completed.

More info on the original Optigan can be found at Pea Hick’s excellent website http://www.optigan.com.

Pea is undoubtedly the world’s foremost authority on the Optigan and has probably forgotten more than we’ll ever know about the instrument and its history.