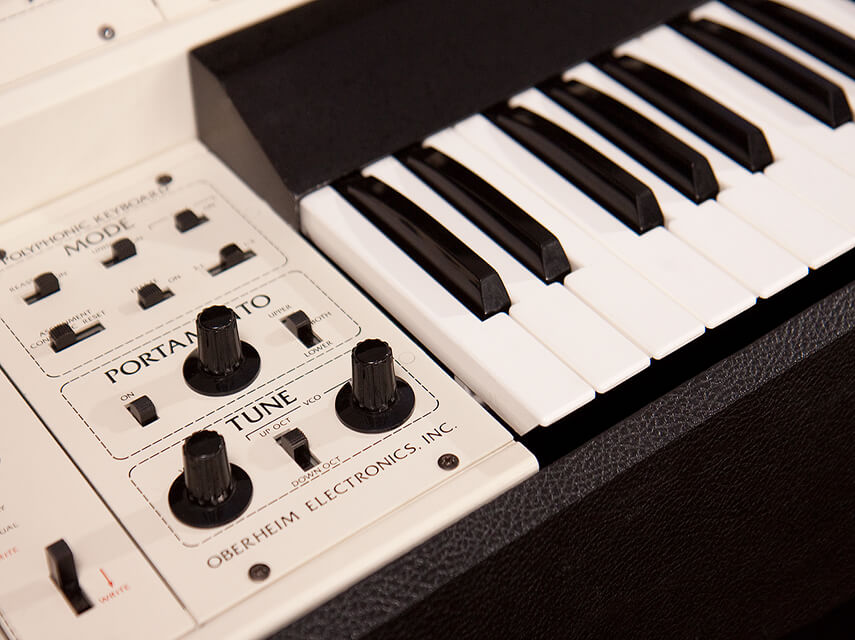 We love the Oberheim instruments because, once again, they are testament to founder Tom Oberheim doing what he believed in.

He may have got it wrong on a few occasions (and ultimately paid a high price for it) but can you imagine if, when he stared out making synthesizer add-on items such as the Music Modulator, he went to Moog and said “Look, I want to make a synthesizer module but you’ve got a bigger name than I have. How about I pay you for the privilege of using yours and you tell everyone out there that my work is good?”

Then imagine if he then went to ARP and did the same kind of deal?

We quickly move from the realm of sad to absurd.

Thank goodness Tom didn’t do this or we’d probably never have ended up with the lineage of wonderful instruments that we have today.

The SEM is one of the first steps Tom took into bona-fide musical instrument territory having previously dabbled in ancillary devices such as the aforementioned Music Modulator (a ring modulator) and Phase Shifter. Essentially the SEM (or Synthesizer Expander Module to give it its full title) was considered another add-on device used to enhance existing ARP synths such as the Odyssey.

The SEM sound was sublime and comprised of a complete synth section with a 12dB filter with lowpass, highpass, bandpass and band-reject. What’s more, moving from one mode to the next was a seamless affair, as opposed to the switchable method employed by everyone else, and this gave it a unique edge.

There were two syncable VCOs which featured a balance knob to move between sawtooth and pulse waveforms and the width of the pulse could be modulated from 10 – 90%.

The VCO and VCF envelopes were simple Attack, Decay & Sustain affairs, similar to that of the Minimoog.

Because it was a self-contained synth, the SEM became the backbone of the subsequent full-blown Oberheim instruments in their various 2 voice, 4 voice & 8 voice configurations.

We love both the SEM and the 8 Voice Oberheim to death.

The latter is a mammoth, unwieldy instrument in terms of setting up a consistent sound on all SEMs and making sure it stays in tune. But when it’s right it’s very, very right and encapsulates the rich, glossy and slick sound that was compulsory in 1970s Los Angeles. However, our favourite thing is to put our 8 Voice into Unison mode and tune each SEM to a different note – pure bliss and something that we show in our 8 Voice video below.

Any synth-spotters will also know that the 4 Voice version was the backbone of many Rose Royce tracks including Love Don’t Live Here Anymore. It was also used by Jam & Lewis, Supertramp, 808 State, Joe Zawinul on Birdland and Lyle Mays on most of those square wave lead sounds. Oh and Rush, proving that it was a truly versatile and powerful beast in the right hands.

If you’re looking for a good condition Oberheim SEM configuration instrument, be prepared to pay handsomely for it. They are genuine collectors times and command a high price. Even a solitary SEM won’t come cheap and then you’ll probably have to find a way of interfacing it with the rest of your gear.

They are however bloody lovely in any configuration and we can’t recommend them highly enough.

The fact that Tom Oberheim is remaking SEMs is testament indeed to their loveliness and sheer musicality. Dig deep and ye shall be rewarded.