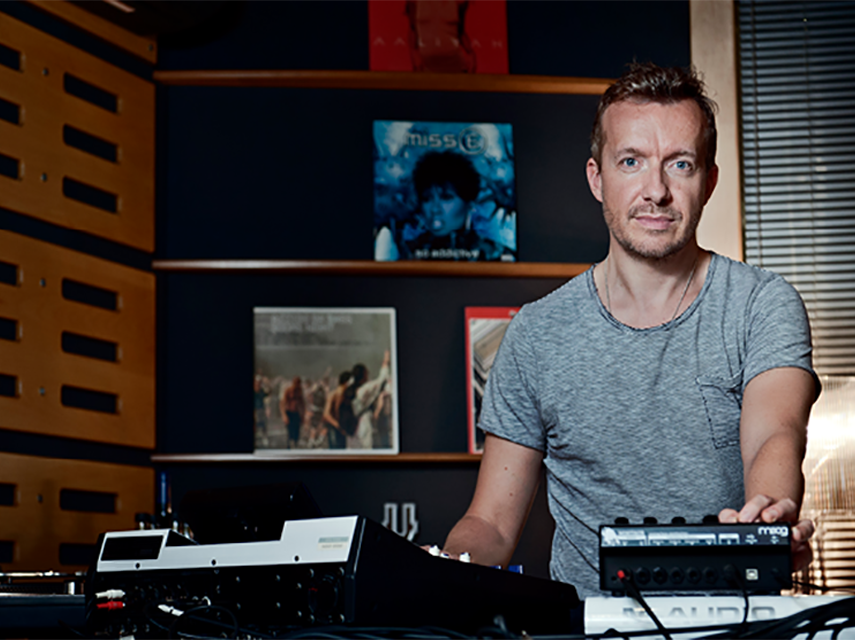 Fraser Smith – From Craig David to Plan B

Fraser T. Smith is a songwriter who has worked with everyone from Craig David to Mutya (ex Sugababes) and the latest chart darling, Plan B. He works with the best, so demands the best in software and uses the entire GForce suite of plug-ins.

Fraser T. Smith is a producer and songwriter who started off as a remixer (for Whitney Houston and many others) and guitarist (he’s played on no less than 300 tracks!). After landing the role of Craig David’s guitarist he soon became his songwriting partner as well.

“I did a couple of singles and a few album tracks,” he says. But as the songwriting side took over, Fraser had to end the touring with Craig. “We did some great things like playing Live8 and Madison Square Gardens, just the two of us. It was the peak of anything I’d done but my passion was always in the writing and production game.”

Since then Fraser has spent a couple of years working with such ground-breaking artists as Kano and Plan B, who is currently causing a huge stir with the single Mama (Loves A Crackhead)

“I’ve been very lucky to work with some very cutting-edge artists,” says Fraser, “and I think that nowadays people want to go down this edgier route with pop. Hopefully I can bring that edge out or, with underground artists, I can make things sound a bit more commercial.”

Fraser’s tools for this include the complete GForce range of software. “It’s really distinctive, it’s a bit more out there and it’s all very easy to use. There’s so much stuff on the market, but this is very inspirational. When you go through all of your plug-ins the GForce stuff tends to come out on top.”

I use the M-Tron to massive effect. I love it, it’s amazing. The majority of the stuff I do I end up degrading the sounds. I’m constantly trying to make new stuff sound like old records.

“I use the M-Tron to massive effect. I love it, it’s amazing. The majority of the stuff I do I end up degrading the sounds. I’m constantly trying to make new stuff sound like old records and the MTron gives you that, so it tends to work straight out of the box. The MiniMonsta is always in there too. That, more than anything else, gives me such a great palette of all the kind of sounds that I start off with on a track. It has all the lead sounds, the pads and the bass sounds I need.”

“I use the Oddity for effects so it usually comes in at the end of the songwriting process. There’s a fantastic preset called Kamikaze which I use for builds etc. Then I use the impOSCar for some dancey stuff, MIDI sync’d arpeggiation and stuff like that.”

As well as bringing more cutting edge artists into the mainstream, Fraser is also working with some huge pop names

“I’m writing and producing with Mutya (ex Sugababes) and Jamelia. Mutya’s an amazing talent, a great singer. Her voice is so recognizable when you hear it. We’re hoping the Jamelia track will be a single which will come out later this year, which I’m really excited about. I’ll also be finishing off the Kano album and there will hopefully be some very exciting collaborations on that album which I can’t talk about yet, but watch this space!”

So from supplying a commercial slant or urban edginess, Fraser and his G-Force suite are the ideal song writing partnership.

My role, and the role of most producers these days is very broad. At one end of the spectrum you’re having to look at the EQ of a kick drum in a mix and at the other end you’re discussing concepts and lyrics with the artist You have to have a vision of how things should be, from the conception of the track to the final mix, so it’s important that you have the right skills across the board to be able to deal with it all.