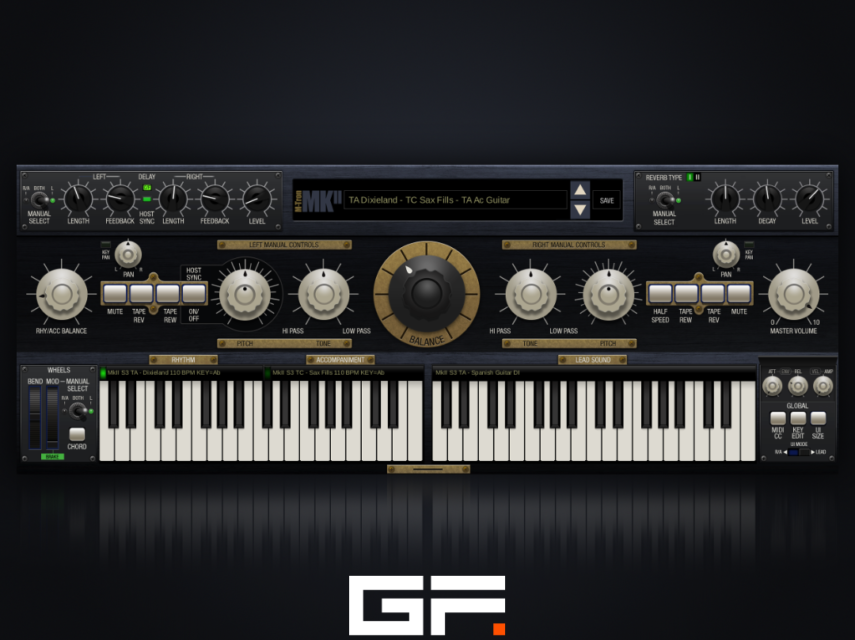 5 Tips and Tricks for M-Tron MkII

M-Tron MkII has some great hidden tricks up it’s sleeve to take it beyond the classic Mellotron MkII sound into new realms. It’s a great tool for bringing vintage vibe and classic tone to your compositions.

Tape Start can be found in the Key Edits section of M-Tron MkII, it moves the playback position of the tape so that you can cut off the start of the sample. Try this on Lead and Chord tape banks to create a choppy sample effect with vintage vibes. In this video large amounts of Tape Start have been applied to the brass chords to mimic an early digital sampler in this Jungle inspired track.

And on the track below the tape start trick has been used a lot to add a synthy edge to many of the sounds. A synth with natural human pitch and tone variations that is!

Half-Speed to Increase the Vintage

Half-speed doesn’t only pitch the tape down an octave. All of the artefacts of the tape are played back slowly which really makes them stand out. Balance with a bit of tape start (see above) and our beautiful reverb I for instant atmosphere.

Each rhythm or accompany tape bank conforms to a key set out a long time ago by Harry Chamberlin. These keys are all major and include some… interesting… chord choices! If you want to work outside of these constraints you can! Obviously you can change the overall pitch of the key using the pitch knob, but there are two more advanced options.

Firstly, you can set the sample rhythms and accompaniments up on both manuals and tune them to different keys, extending the possible range of chords and allowing access to some really creative progressions. Watch out though, the percussion will pitch too! But keep things somewhat close to centre and it passes as all part of the style.

Then we have Tom Wolfe’s trick of taking one major chord and the equivalent minor chord (the root major and root minor are available on all banks, and setting up automation on the pitch dial so that the chords change to whatever you want them to be! Again, watch out for drastic shifts in the percussion pitch, but this is a really neat trick to open up a world of musical possibilities.

My favourite trick here. Set up a parallel trigger for the accompaniments and load the same tape into each manual. From here you have some really cool options to boost the accompaniment sound.

Set the right manual up or down a whole octave.

Make sure you turn on host sync and give that left manual a boost by mixing in an octave shift. Go up an octave on some brass can really add cut and jazz-club punch. Go down an octave on strings and woodwind can make it sound much more orchestral. Combine this with some short delays for some stereo and thinkening and it can sound super dense. Or you could go mad and try a fifth! That’s 7 steps up or 5 steps down in pitch.

Using Key Edits, pan the left manual a bit left and the right manual a bit right. Now apply a very small amount of tape start to one side – hold shift for fine control – to get wide stereo accompaniments. Check that out below.