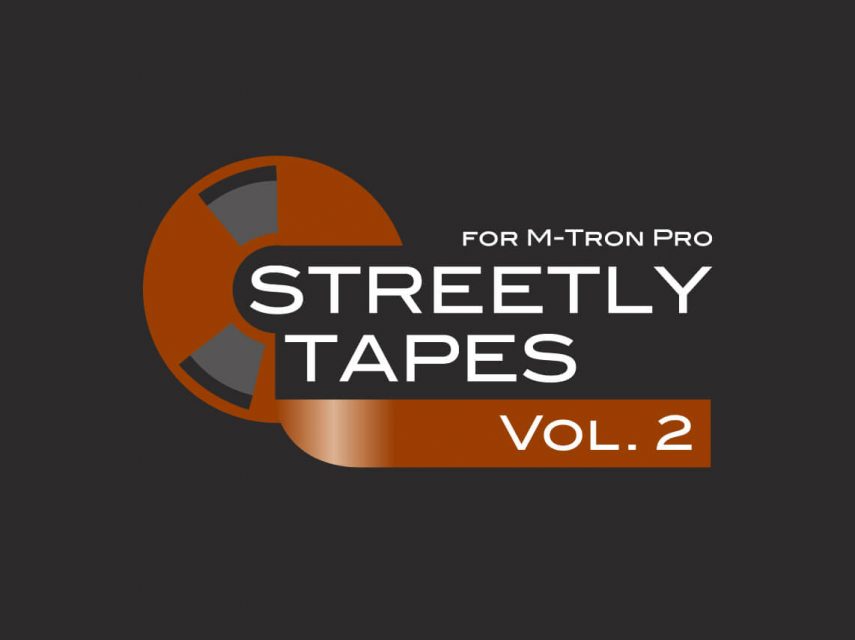 Streetly Tapes for M-Tron Pro Vol2 is the perfect compliment to the previous Vol1 Expansion Pack and in our opinion is an essential add-on for all M-Tron Pro owners.

Curated from the original Mellotron® tape archives, Volume 2 combines a mixture of rare gems and definitive versions of celebrated, legendary and renowned tones, designed to breathe life into your compositions 8 seconds at a time.

If you already own The Streetly Tapes Vol 1 for M-Tron Pro you will have read of the discussion that took place between GForce and Streetly Electronics which focussed around Streetly Electronics providing their original tapes for use in M-Tron Pro. To say we were excited was an understatement because, not only would this grant us access to the definitive ‘tron tape collection previously available only to owners of the original instruments, during the process we would also be able to pick the brains of arguably the two most knowledgeable people on the planet, regarding all things Mellotronic, Streetly’s John Bradley and Martin Smith.

Finally we would be able to separate myth and folklore from fact, especially given that John Bradley is the son of the late Les Bradley, who in turn was one of three brothers that ran a family business under the name Bradmatic Ltd manufacturing, amongst other things, magnetic tape heads who went on to produce the first Mellotrons.

Intruiged by such an enquiry the Bradley Brothers met Bill Fransen and discovered that it was for a keyboard instrument based around a tape replay mechanism.

In the early 1960s Bradmatic was approached by an American, Bill Fransen, who asked if the company could supply a large quantity of matched tape heads. Intruiged by such an enquiry the Bradley Brothers met Bill Fransen and discovered that it was for a keyboard instrument based around a tape replay mechanism. The concept was that under each note was a piece of tape which, when pressed, replayed the recording of a real instrument such as violins, flutes etc. And the truth was that, despite some fundamental engineering flaws, the Bradley brothers were impressed enough to agree to improve the design and also to mass produce this machine.

Believing that the instrument was all Bill’s idea, the Bradley Brothers procured financial backing from entrepreneur Eric Robinson and magician David Nixon and set to building their own improved version. During this process the name changed from the Franson to Mellotrone before finally settling on the name we all know today… the Mellotron.

On its release, the Mellotron became a huge success and thanks mainly to its magnificent sound, was adopted by The Beatles, The Rolling Stones, The Moody Blues, Graham Bond and others. Sadly though, all was not as it appeared and it transpired that Bill Fransen didn’t actually own the rights to the instrument at all. In fact he was essentially a salesman for a Californian inventor, Harry Chamberlin, who had created the entire tape reply instrument genre under the name Chamberlin.

It took a few years but in 1966 as soon as the Bradley’s discovered that Fransen hadn’t been strictly honest with them.

It took a few years but in 1966 as soon as the Bradley’s discovered that Fransen hadn’t been strictly honest with them and they were infringing on Chamberlin’s Patent and Intellectual Property, they invited Harry to the UK and eventually agreed to pay Harry somewhere in the region of £60,000 a huge sum of money back then, equivalent to nearly £1,000,000 in 2013.

With Fransen’s dark secret out of the closet though, the Mellotron went on to change the face of music forever and it’s with this lineage and John Bradley’s heritage in mind that we’re immensely proud to be able to bring you this collection of sounds for M-Tron Pro.

So what is the secret to the true Tron sound?

Obviously, it goes without saying that each note of each sound must be recorded separately and any so-called ‘tron’ that eschews this in favour of a single sample covering groups of notes should be shunned and its creator burned at the stake. We’ve made our feelings very clear on both this and the concept of looping ‘tron sounds, and given Streetly felt the same way, we knew we were at least on the same page when it came to those major points.

However, according to Streetly, it goes deeper than that.

Firstly, it’s the EMI tape, which they claim is the best tape formula in the world because it doesn’t shed oxide and it has the original eq characteristics for THAT sound!

Secondly, Martin Smith insists “The sound of a ‘tron is not the master tapes, it’s the sound from the original recordings made in IBC studios edited to Master Tapes, edited to Copy Masters, edited to Work Masters which were then used to generate the tapes on your machine”

Finally, it’s both of these things played across a properly aligned tape-head and recorded via an instrument’s preamp.

To facilitate this, all the sounds were recorded via the Streetly Electronic’s Skellotron, an exoskeletal Mellotron which allows easy access to azimuth adjustment and tape alignment for each tape and sound set. Note-by-note recordings from this unique instrument were then transferred to M-Tron Pro format before being cross referenced against their benchmark M4000 by Martin and John for final approval.

The entire process may have been lengthy and painstaking but the result is a library that is completely unique and utterly authentic.