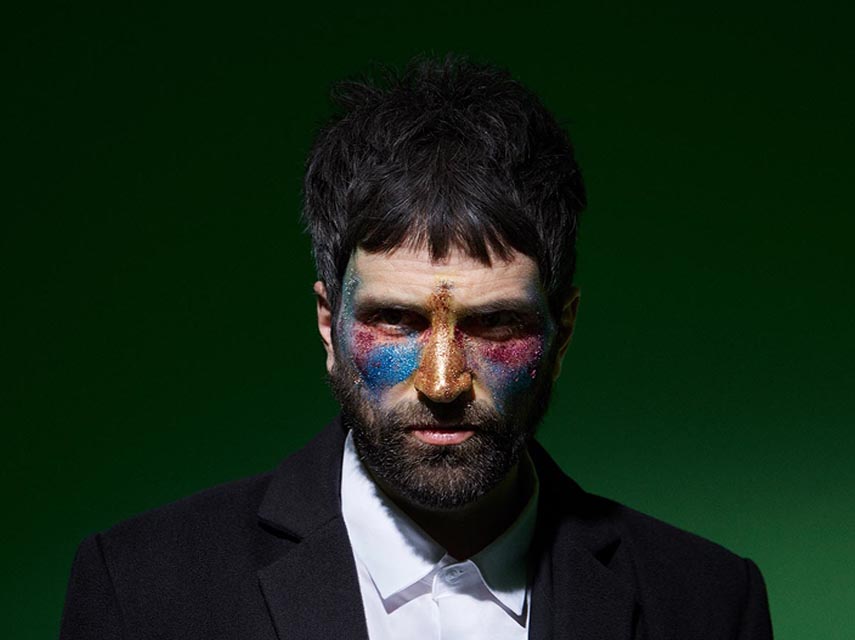 “What would have been really useful today was a………” is one of our favourite phrases and a major reason why we continue to work in other areas of music, outside software.

It’s our belief that this cross-pollination of work leads to fresh ideas usually based around finding a solution to a real-world problem or two. Of course, ideas are just ideas until they’re acted on, and for obvious reasons not every idea sees the light of day. However, sometimes our old friend synchronicity rears its head and an idea will gather momentum and begin to take form.

Not too long ago a request from the UK band Kasabian collided with a few other things and triggered a sequence of events which caused us to develop VSM. So today, with the instrument very much alive and kicking, we decided to revisit Kasabian’s Serge Pizzorno to see if the result has lived up to the mark as well as chat about their success.

First of all thanks for being one of the inspirational forces behind the VSM. As you’re aware, finding a Solina for you guys played a role in us researching the entire String Ensemble genre and culminated in us deciding to create a dedicated plug-in.

“Glad to be of service.”

It seems to have been a hectic couple of years for Kasabian. Whereabouts in the world are you now?

“Right now we’re recording our third album. But shortly we’ll have gigs coming up in Japan, Korea & two festivals in the UK.”

So the big question for us is how does the VSM work for you? Does it live up to your expectations?

“The VSM Plug-in is fantastic! It finally means we can take all the sounds out of the studio without lumping all of our old string machines with us.”

Are there any other string machines that you’d like to see included in the future?

“It would be good to have a Logan String Orchestra II and a Philips Philicorda.”

One of the things we wanted to do was to create an instrument that had the spirit of the past without being tied down by it. Do you prefer to try and create your own patches based on the original tones or are you happy to go with a more classic and recognisable sound?

“We love the original sounds of the string machines we own but we do like to mess about with the sounds by feeding them through pedals. The VSM is like a software extension of that mindset.”

Are there any particular VSM patches that you favour?

“No, not really. They are all good for certain things.”

We loved Kasabian’s first album and there appeared to be quite a bit of M-Tron used. Are we correct in thinking that it was M-Tron or was it the original hardware instrument?

“M-Tron. The first album contained loads of M-Tron because it helped us get that classic string sound on our tracks very easily. We also used M-Tron on our second album, Empire”

The first album contained loads of M-Tron because it helped us get that classic string sound on our tracks very easily.

What are your favourite M-Tron sounds?

“The Cello, MkII Flute and all the voice tapes.”

We saw you guys on the pyramid stage at Glastonbury in 2007 and the vibe was electric. Empire, in particular, was received with what can only be described as a rapturous response from the crowd. That must have been quite a buzz.

“Playing the pyramid stage was fucking awesome. Going out at the time when the sun was setting and all the flags were out was absolutely brilliant.”

You also won the NME Best Live Act this year. Are you happier in the studio or on the road?

“When you’re in the studio you want to be on the road and to some extent vice-versa. They’re both the bollox though!”

To outward appearances it’s been a pretty meteoric rise for the band over the last few years. You’ve basically gone from a debut album to selling out arenas. Surely it can’t have been that easy?

“To get where we are as a band is never easy for any band. Basically, we did 160 shows per year and we’ve never stopped.”

How about the USA? Is ‘breaking the US’ the next phase?

Name your top three instruments of all time?

If you could rule the world for one day, what would you change?