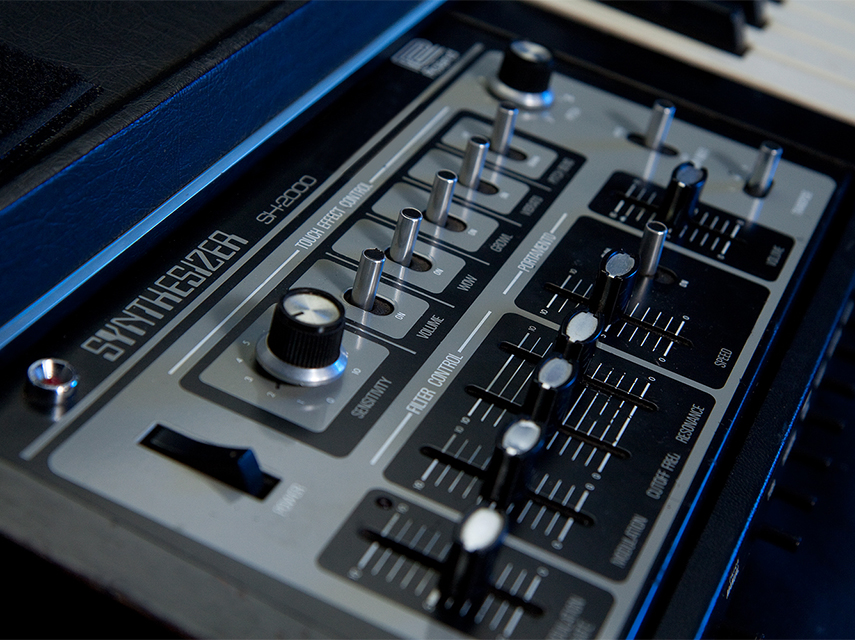 Our story of the SH-2000 is one of love followed by bitterness and regret.

Once upon a time there was a synth collection that was loved. Like any good relationship the synth collection demanded attention, encouragement and careful nurturing in order to grow and flourish. Just as there are occasional problems with marriages, so too were there occasional problems with the collection but when these difficulties rear their heads it’s important not to throw the baby out with the bath water, but instead be thoughtful and considerate and patient.

The problem in this case was simply one of over-crowding but rather than build new foundations for future growth, the impetuous collector decided on a whim that some things must go.

The pros and cons of some of the less used items were weighed up and it was decided that the SH-2000 and a few of her friends would leave forever. The decision was hard but she had laid untouched for a while and rather than be left like a wilting rose, it was decided to set her free.

To some she may be just a preset monosynth but to me she was an emotive being capable of true expression.

Enquiries were made and a good home was found in the shape of Goldfrapp’s Will Gregory and at the rehearsal of the Mono-synth-orchestra, the deed was done.

Now, Mr Gregory has sounds like Popcorn, Funny Cat, Frogman & Space Reed at his disposal while we have an emptiness in our hearts.

Chris in particular has been hurt by the void left by the SH-2000 saying “To some she may be just a preset monosynth but to me she was an emotive being capable of true expression. Sure she was old but do we cast out the elderly? No, we look after them and treat them with respect.”

Our SH-2000 was an early serial number and like the SH-3 was rumoured to have a filter a bit too close to the Moog ladder filter for comfort. Maybe that’s why it’s missed so dearly.