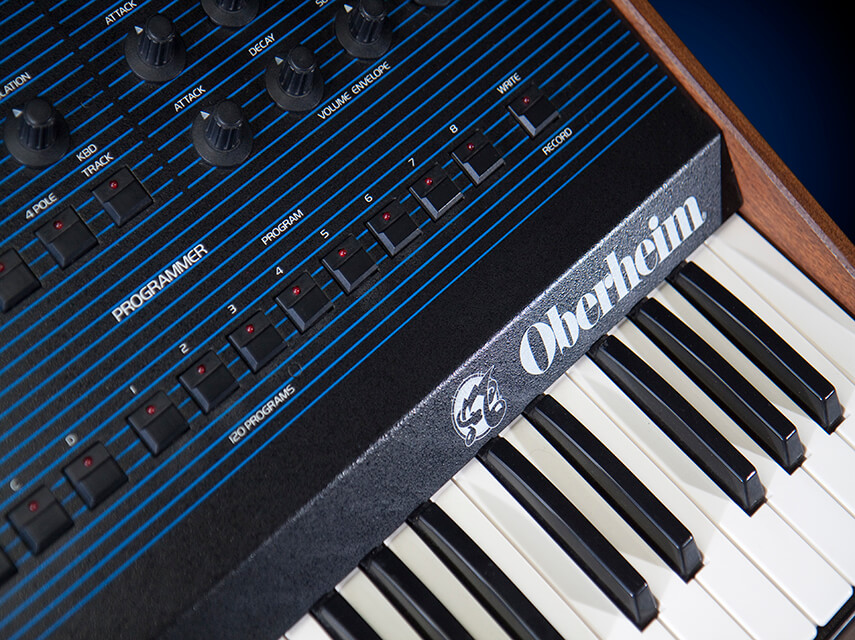 A quick glance at the three instruments reveals a striking similarity to the point where you begin to question whether there was indeed any differences at all. However, a more thorough look at the OB-8, in particular at the Page 2 mode, will reveal a world of difference.

Firstly, there’s a wealth of modulation options that weren’t on the OB-X including ‘quantise’ with which you could turn things like LFO to filter modulation and LFO to pulse width modulation into stepped increments and portamento into glissando.

Then there were LFO phase offset functions whereby you could change the phase to 90 or 180 degrees for voices 5-8. Also on offer was LFO retrigger, LFO Speed tracking (a simple but effective doubling of the speed every four octaves). LFO attack, delay and several more cool additions that make this a real joy. Oh…and if you’ve got a slightly later version you get MIDI too.

In terms of what the OB-8 loses, well it’s clear from looking inside that the OB-8 uses a single CEM 3320 filter chip instead of the OB-X’s two. Also, and regrettably, the OB-8 also forgoes the wonderful x-mod which in fairness had also vanished from the OB-Xa.

We love the OB-8 though, as you would expect it’s got a lovely warmth to it and in unison mode it’s also capable of sounding utterly bombastic.

In this mode, there’s a trademark OB-8 sound whereby setting the portamento to a high setting and playing a note, all the voices glide at different times, before finally coming together at the final destination. Of course, changing the portamento speed in real-time gives you control over huge dives and climbs within a performance and can be truly awe inspiring when used sparingly.

We also love the chord hold function where you can store a chord and then transpose it all over the keyboard via a single key. You can also combine this with a definable split point and allocate the arpeggiator to the other zone. Finally, there’s the ability to pan the individual voices anywhere within the stereo spectrum and using the OB triggering system where each note-on triggers another voice, create a sweeping pan vibe.

We love the OB-8 so much that we bought two of them just in case one dies. It also prompted us to think about what our ultimate OB would consist of. Imagine the architecture of the OB-8 with the filters and mod routing of the Xpander and to round it all off, make the filters seamless as per the SEM. Finally, add some new waveforms and the result could be one serious sonofabitch.

Ah well, one can dream.