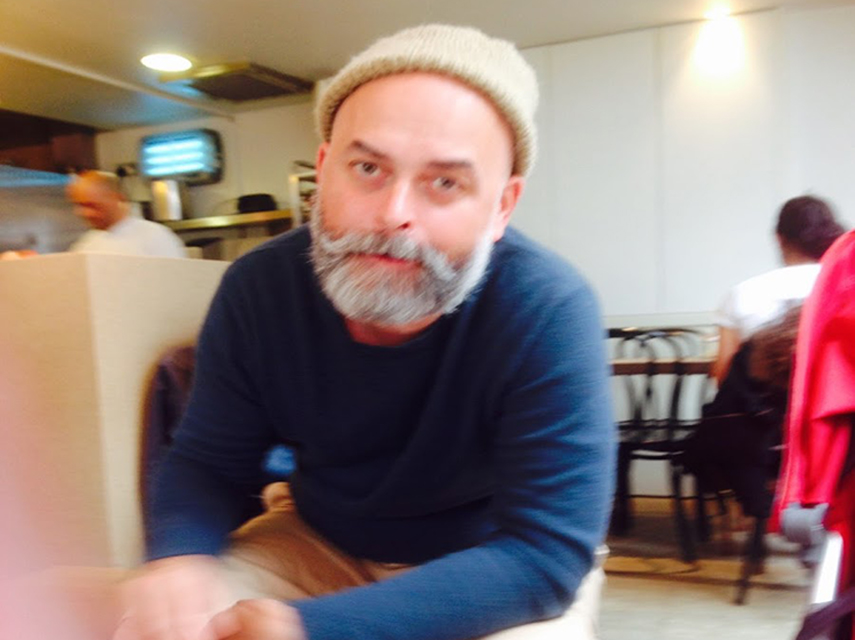 From KLF to Theatre Art

Having started his musical career in the illustrious company of the now infamous KLF, Tristan embarked on a journey into London’s theatre world that continues to occupy, along with a solo project, most of his creative time today.

Tell us about your early influences

When I was young in the 1970’s my Dad used to play two records quite often, very loudly. The Beatles’ Sgt Pepper album and David Bowie’s Space Oddity. I was fascinated by the otherworldly sounds of those records. I didn’t know as a 9 year old that what I was listening to was the Mellotron® in all it’s glory. I think it’s flutes and strings have grown into my bones. In terms of my discovery of electronic instruments I remember hearing ‘The Model’ by Kraftwerk when I was very young and working out the individual parts on a Casio VL-Tone and with two mono cassette recorders attempting very basic muliti track recording. I got majorly in to synthesisizer music soon after that. I have to confess I got rather excited by Howard Jones’ first album Human’s Lib.

I didn’t go as far as the jumpsuit but it got close. As I grew up I discovered where synths met up with guitars and followed Joy Division through to New Order, a passionate affair with OMD and there was a Japan phase. I’ve continued with my admiration for David Sylvian and his current improvised work I find fascinating. There is too many to mention though, I’ve a deep and wide love of any music that sounds like the artist needed to make it, like it was beyond their control. I try to stick by this rule when I compose which can be tough when there is a tight deadline. In my latest how Cymbeline I was still writing after the previews, replacing bits of music, which felt I were lacking heart and soul.

I didn’t know as a 9 year old that what I was listening to was the Mellotron® in all it’s glory. I think it’s flutes and strings have grown into my bones.

Is it true that you began your musical career after catching the attention of Bill Drummond and Jimmy Cauty of KLF fame?

That’s true. Jimmy Cauty and I are originally from Totnes in Devon and I was at school with his young cousin Emma. Through Emma, Jimmy heard one my homespun tapes and Bill and Jimmy liked it and invited me up to London to stay. At that point Jimmy was living in a five floor squat in Stockwell called ‘Trancentral’. It was a magical place (if not sub-zero in temperature, no glass in my bedroom window). He knocked the first floor out so you walked in to a cavernous place full of Daleks and showroom dummies in Druid outfits on the ground floor.

They had a very basic studio at Trancentral, which comprised of an Akai S950, A Prophet 5 I think… And a whole bunch of records and decks and bits and bobs. But they made incredible things in there. I remember being the annoying teenager hanging about while they made ‘Chill Out’. Bill would lie on the floor reacting to Jimmy’s wizard- like noodlings on the instruments and machines, producing I guess. But loads of really interesting folk came through the door. I remember Youth (Bass Player of Killing Joke and now highly acclaimed record producer.) being a real influence on me and giving loads of brotherly/fatherly advice like ‘run, don’t get involved in the music business.’ Though that was long before he produced the seminal The Verve’s Urban Hymns etc. Acid House hit London and then everything got very fuzzy for a few years after that. I think part of my teenage soul still dances addled around the streets of Soho where the club ‘Shoom’ used to be. But through their introduction in to the London scene I went through two managers and a development deal with Island Music which came to nothing and at 21 I threw my ‘aceeed’ smiley faced t-shirt in the bin and scuttled off to University to study Music and Drama.

What part did you play in the unreleased KLF film “The White Room”?

There weren’t really any parts. It was largely improvised. Jimmy’s cousin Emma and I just hung around and did whatever director Billy Bud (who’d recently worked with Spielberg) ask us. Which bizarrely was hang around and look cool. Though at that point I would more often than not wear cricket whites as general daywear. Bill and Jimmy would gad about in heavy leather coats in a fug of dry ice and laser beams. I never once saw anyone with a script. I’ve no idea what happened to the rushes. The film was never released as far as I know. Some stuff ended up in the videos for the big singles in the early nineties. This was 1989. Coincidently last week I bought an accordion on EBay an collected it from a guy who happened to live opposite the old Trancentral in Jeffries Road, Stockwell. It’s now flats. I imagine the rushes are buried in the garden or hidden in the walls there. That would be a very KLF type thing to do.

What was the catalyst for your move into theatre and television music?

I studied Contemporary Arts at Nottingham Trent University, a course that sadly no longer runs. It was a mixture of Visual Art, Dance, Music and Theatre. We were kind of left to make our art for three years and for that, its actual strength, it was heavily criticised. That was an incredible and unique freedom to have. The course has an impressive alumni. In my year alone there was the film maker Shane Meadows and the founder members of David Bowie endorsed art-rockers Six by Seven. In the third year of the course the idea was that you’d focus in your strengths. I began writing Music Theatre pieces that included songs with orchestration. The course brought in established composers to teach us notably Judith Weir, Gavin Bryars and Jeremy Peyton-Jones. In terms of orchestration and how a contemporary music ensemble works I learned everything off these guys. I had a piece of mine played by the The Royal Philharmonic Orchestra, which Judith Weir conducted and that experience decided my future really.

Can you outline the writing process and how you integrate current technology?

I’ve worked with Logic for the last decade because I can easily combine MIDI info, VSTs and audio easily. The fact that so many musical instruments now compact into a laptop is amazing. When I think of the hardware back in the late 80’s I used to lug about in a van. My Dad used to call my Fender Rhodes my coffin… GForce’s M-Tron and Virtual String Machine are the VSTs I use the most as they sit so well with real instruments, particularly orchestral instruments. They have warmth and soul and feel alive.

The actors breath life into the concept and I feel they unknowingly fill in the blanks for me.

Theatre is a live art so virtual instruments that have ‘virtual life’ are essential for me. The process for what I do starts with reading the script then there are meetings with the Director and Designer to discuss the overall concept of the piece. The actors breath life into the concept and I feel they unknowingly fill in the blanks for me. I never write a note until I’ve met and heard what the actors are doing in the rehearsal space. Because in theatre on the whole you only cook with all the ingredients in the Technical Week before the show goes up it can be hard. I feel it’s worth delivering late and getting it right rather than writing it all early and being so off the mark when you see the stage, costumes and lighting elements come together. However my process has given one or two directors a near aneurism.

How does this translate from computer to theatre?

If it’s a live show then the computer will be gradually be brought out of the process in rehearsal. It’s a very useful tool for scoring and printing particularly when there are a lot of transposing instruments. More often than not these days, as with bands there may be computer based music running with live playing. This can be a headache to rig but the results are always impressive. In Cymbeline there are live drums, cello and clarinet running with Logic loaded with four instances GForce’s M-Tron Pro and East West’s Symphonic Instruments. The M-Tron and now M-Tron Pro are centerpieces in my work. I’ve just got hold of VSM which I’m experimenting with and I’m very impressed with the results.

What projects have you been working on that will be released or performed soon?

I have Cymbeline at the Arts Theatre, Leicester Square until 24th October. Pinocchio at Hull Truck’s new theatre in Hull opening 3rd November and When Romeo Met Juliet for BBC2 going out this autumn which is awaiting a primetime slot. I’m off to Reykjavik in Iceland this Friday to continue recording my record which I’m hoping to release next Spring.

Are you performing as part of a band and still writing your own songs? If so, do you plan to release this material?

I’ve been working with Jason Mraz’s ex drummer Adam King. We’ve been writing in his studio in Brighton with Bent’s bassist Emperor Mingus and Fug’s writer/keyboardist Tom Bailey. Adam’s been playing drums for Aqualung recently and I re-met Mat Hales. He has been a great encouragement to me, I’d love him to produce some of my stuff. I love the sound that Aqualung got on their last album, particularly their work with The Blue Nile’s Paul Buchanan. I supported Aqualung back 2003 but with all the theatre work; for which I get paid, I’ve had little time to pursue my record. I’m 40 next March so I’ve promised myself I’ll deliver an album – twenty years late to Island Music!

What does the future hold for you?

I guess my own record is what I’m trying to keep on the top pile. I’m going to try and say no to a few things, even if it means being much poorer and I’m not a rich man as it is…

Find out more about Tristan Parkes