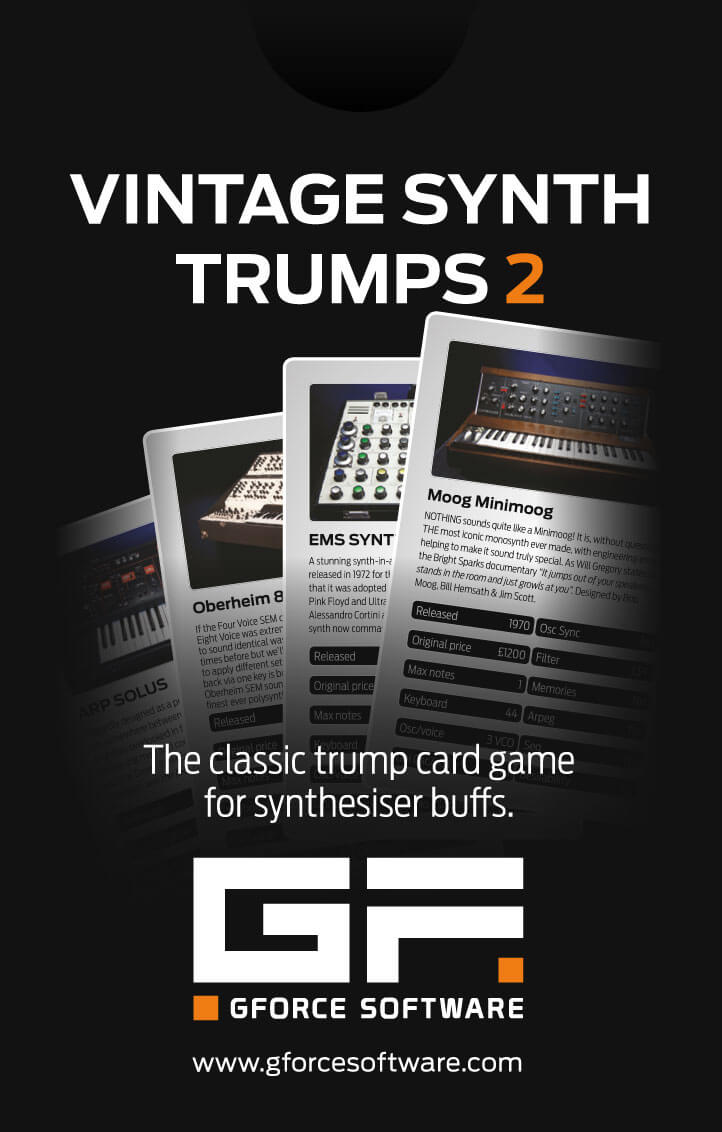 Please don’t try to ram these cards into your PC’s optical drive.

Containing 52 classic synths, 12 categories, and specially commissioned images, Vintage Synth Trumps 2 is the perfect way for synth-nerds to test their own knowledge and settle synth arguments once and for all with the synth-spotter’s equivalent of a pissing contest.

Playing is easy. Simply divide the cards between the number of players before taking it in turns to read aloud a statistic from your card.

For example, “Oberheim 8-voice – Desirability = 10 out of 10”. Everyone then compares the card on the top of their hand and the highest scoring instrument in that category wins that round. The person who ends up with all of the opponents cards via a combination of skill, knowledge and cunning, wins the game.

Judges Credentials
To misquote the British poet Alexander Pope “A little knowledge is a dangerous thing” and while there’s always a degree of controversy involved in deciding the scores for various Synth Trumps categories our previous answer to any customer critical of our decisions is “It’s our game!” However, with Vintage Synth Trumps 2 we decided to up the ante and enlist the knowledge of some friends who definitely know their stuff when it comes to classic and vintage synthesisers. Their help in scoring the ‘Desirability’ category was particularly invaluable and each instrument’s score was decided by taking an average out of a maximum of ten points from each judge. 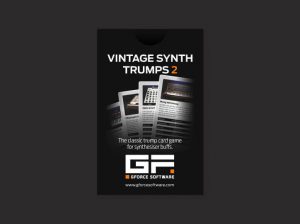